For your general information, the Freedom Foundation has just filed a lawsuit in Douglas County Superior Court against the state’s new Capital Gains Tax, SB 5096, which passed in the 2021 legislative session.  The Governor has yet to sign into law SB 5096 and the suit was filed on Wednesday, April 28 on behalf of Seattle business owner Suzie Burke, Chris Quinn of Cherry Hill Investments in Wenatchee and Maryhill Winery co-owner Craig Leuthold.

This bill creates a 7% tax on the capital gains of the sale of assets — such as stocks and bonds — above $250,000.  The bill would exempt a range of assets, such as retirement accounts, sales of real estate, timber, livestock and some agricultural property.  It also exempts sales of sole proprietor businesses, provided they have a gross revenue of up to $6 million.  The bill would take effect on January 2022, with the first state tax returns due in 2023.

The plaintiffs claim that the tax is an unconstitutional income tax.

Others, such as the Opportunity for All Coalition (OFAC), plan on filing a similar suit against Capital Gains Tax.

For further information, see the article below. 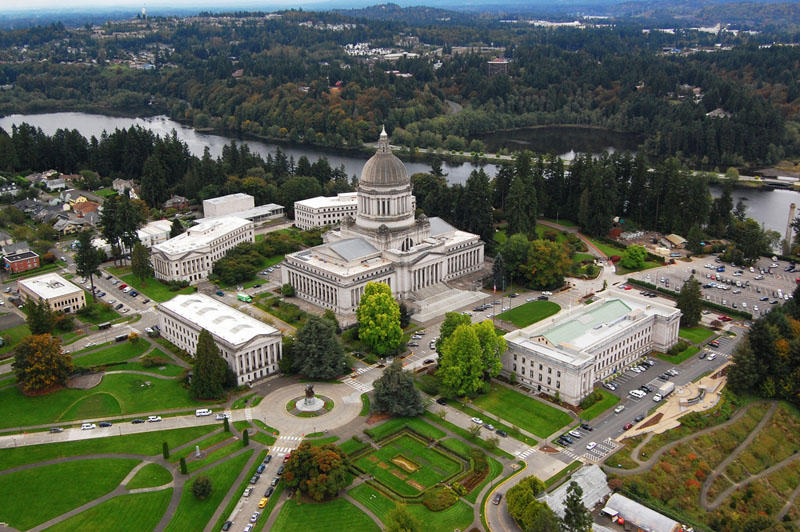 Just days after Washington lawmakers gave final approval to a capital gains tax and adjourned, opponents have filed a lawsuit to overturn the tax.

Just days after the Washington Legislature gave final approval to a new capital gains tax aimed at the state's wealthiest residents, the conservative Freedom Foundation has filed a lawsuit on behalf of five individuals and one couple to overturn the tax.

In the complaint filed Wednesday in Douglas County, Washington, lawyers for the plaintiffs said the 7 percent tax on gains above $250,000 from the sale of such things as stocks and bonds is an unconstitutional income tax. They also said it violates the Commerce Clause of the U.S. Constitution.

"[R]egardless of your political orientation or whether the tax personally impacts you, it is important to stand up to object when the constitution is violated," said Callie Castillo, an attorney for the Lane Powell law firm in Seattle, in a statement.

The plaintiffs include Seattle business owner Suzie Burke, Chris Quinn of Cherry Hill Investments in Wenatchee and Maryhill Winery co-owner Craig Leuthold. According to the lawsuit, all of the plaintiffs own capital assets and would potentially be subject to the tax.

Supporters of the capital gains tax insist not an income tax, and say that by taxing the state's wealthiest residents it will make Washington's tax code less regressive.

In response to the lawsuit, House Majority Leader Pat Sullivan said in a statement: "They're welcome to make their case. We assume this will make it to the state Supreme Court. It is the position of the Legislature that this is an excise tax."

While legal challenges to the new tax were anticipated, the swift filing of the lawsuit by the Freedom Foundation came even before Gov. Jay Inslee has signed the tax into law.

Separately, the Opportunity for All Coalition (OFAC), which successfully challenged a high-earners income tax adopted by the city of Seattle in 2017, said Wednesday it too planned to file a lawsuit to overturn the capital gains tax.

"Washingtonians have rejected income tax measures 10 times before," said OFAC President Collin Hathaway in a statement. "The state's constitution clearly prohibits this type of tax, something that its supporters know."

The Freedom Foundation and Lane Powell law firm also participated in the legal challenge to the Seattle income tax.