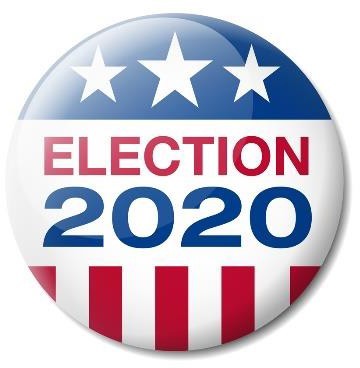 On August 4th, Washington State held the 2020 Primary Election. To say this was interesting election would be an understatement due to the obvious circumstances and logistics of dealing with the COVID- 19 pandemic. We saw a large field of candidates running for offices such as the Governor’s race where in a typical year we don’t see more than a handful of candidates run, but this year over 30 candidates were on the ballot. Governor Inslee, through an emergency order signed on May 5th, had waived filing fees for candidates who don’t want to pay fee but in the past have had the option to gather signatures from registered voters that equaled the dollar amount of the filing fee. That filing fee is almost always 1% of the salary for that office. That may have eliminated a financial barrier for some and increased the number of candidates that we normally see.

Campaigning was also much more unpredictable and difficult for candidates. From doorbelling to fundraising, candidates (and lobbyists) had to adapt to new regulations imposed by Governor Inslee to reduce the spread of COVID-19. To an extent, incumbents with good name recognition would have the advantage in this unusual election. However, being this is a Presidential election year along with America’s growing partisan divide and the polarization of politics, there are a lot of variables that come into play for the outcome of these races.

In this year’s primary we saw a few common themes among many races. First, we notice many incumbents having serious challenges from candidates of their own party. For Democrats there were a lot of challengers that were further left than the incumbent which includes the 5th Legislative District. Senator Mullet, who is a business owner and moderate Democrat, slightly trails Ingrid Anderson, a much more liberal challenger, 47.57% to 48.32 by a mere 324 votes. On the flipside, the 2nd Legislative is home to House Republican Minority Leader JT Wilcox who was challenged by a Democrat and another Republican who leaned further to the right. Wilcox was the top vote getter at 44% and will advance with the Democrat to the General where he should handily win in November.

Voter turnout so far is at 32% which is comparable to 2016 turnout levels that reached almost 35% in the certified Primary count. While this is still a fairly average turnout for Primaries especially during a Presidential election, Secretary of State Kim Wyman believes the final count will reach “historic numbers”. That might be a reach since the record was in 1936 when voter turnout reached 65.26%, which is unheard of in present day elections! For this year’s General Election, we can expect to see a higher turnout in November, likely in the range of 76% - 82%.

Overall, we did not see a blue wave as some suggested, but we did see Democrats do well in State Elections. In Congressional and Legislative races, Democratic districts tended to get more liberal while Republican districts got more conservative, adhering to the national trend of politics becoming more polarized. Lastly, it is important to note that while these Primary races are a good indicator of what to expect in November it’s never certain. Races within a few points are absolutely up for grabs on either side and depending on different factors such as fundraising and how hard a candidate works, they can change the outcome when the final ballots are casted in November.

Democrats did well in Statewide elections either making gains or holding firm numbers against many different challengers. No big surprise came on Tuesday with incumbent Jay Inslee received the most votes in the race for Governor coming it at 50.39%. He will face Republican challenger Loren Culp who secured the number two spot with 17.18%. Those were strong number for Governor Inslee and Culp will have a difficult time unseating the two-term incumbent.

The only two Republicans on the West Coast to hold a statewide office are our own Secretary of State Kim Wyman and Treasurer Duane Davidson. Both have strong Democratic challengers and both races are close. Treasurer Davidson is behind in his race 46.58% to 53.31% to Democrat State Representative Mike Pellicciotti. Secretary of State Wyman has received 50.89% to the next closest challenger which was Democrat Representative Gael Tarleton who received 43.39% of the vote.

The Lt. Governor seat vacated by Cyrus Habib looks all but secured with Democrat Congressman Denny Heck who came in first with 25.38% of the vote and over 10 points to the 2nd place finisher Democrat State Senator Marko Liias. All other statewide incumbents put up solid numbers and will likely retain their seats in November.

It was a good showing by House Republicans who made solid gains on Tuesday in a number of races.

In the 19th District, where Democrat Brian Blake serves alongside Representative Jim Walsh a Republican, we are seeing the Democrat incumbent losing to a relatively new Republican challenger Joel McEntire by 6 points. Representative Walsh who is leading his three-way race with 57.65% had first won his election 4 years ago, becoming the first Republican to win in that district in over 40 years. We are seeing a shift towards republicans in the traditionally Democratic rural district.

The 42nd District seems to be trending back into Republican hands. Newcomer Jennifer Sefzik is currently at 50.47% to the incumbent Sharon Shewmake’s 49.46%. Representative Shewmake beat out former Republican representative Vincent Buys in the last election and is finishing out her first term.

Democrats fared well in the 28th LD where Democrat challenger is leading the Republican incumbents. The 28th LD is a lot closer with incumbent Republican Steve O’Ban trailing newcomer Twina Nobles by a mere 193 votes of the 43,044 counted so far.

In the 19th Senator Takko was only able to get to 45% while the other two Republicans earned a combined 55% of the vote. Senator Takko will be in a very contested race and if these trends continue in the General, will lose his seat to Republican Jeff Wilson.

Surprisingly State Representative Bill Jenkin, who decided to run for the Senate seat left by Senator Walsh in the 16th LD, is looking at a third-place finish securing only 32.06% of the vote. Perry Dozier is the Republican who will advance along with a Democrat and will be the likely winner in November.